Part Two of Phrases and Origins

Here are three more common phrases we use, but rarely know their actual origins. All, coincidentally, begin with the letter "T"!

Three sheets to the wind - this phrase is used to mean that someone is thoroughly drunk. It is a seafaring expression, but oddly enough, the word sheets does not refer to the sails, as you might imagine.


We landlubbers might expect that they are, indeed, the sails. They are, in fact, ropes -- or sometimes chains. These ropes (also called lines) are attached to the lower corners of the sails, to hold them in place. 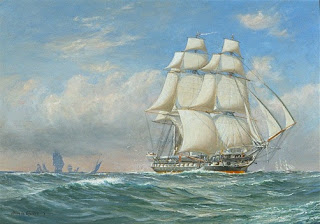 
The sheets in the photo above are used to control the movable corners of the sails. 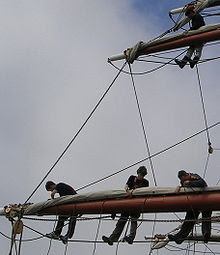 The chain running diagonally up and right from the bottom-left of the photo below to is the fore-lower-topsail sheet. Some of the sheets or lines to bigger sails are made of chain to handle the heavier loads.


E. Cobham Brewer 1810–1897 explains where the drunkenness reference comes from in this phrase in his "Dictionary of Phrase and Fable, 1898:"


“Unsteady from over-drinking, as a ship when its sheets are in the wind. The sail of a ship is fastened at one of the bottom corners by a rope called a “tack;” the other corner is left more or less free as the rope called a “sheet” is disposed; if quite free, the sheet is said to be “in the wind,” and the sail flaps and flutters without restraint. If all the three sails were so loosened, the ship would “reel and stagger like a drunken man.”


His example used in fiction is: "Captain Cuttle looking, candle in hand, at Bunsby more attentively, perceived that he was three sheets to the wind, or, in plain words drunk.” Domeby and Son, Charles Dickens


The phrase today is usually spoken of as 'three sheets to the wind', you can see in the example above and below, that the original was, in fact, 'three sheets in the wind'.


A quote from Pierce Egan's Real Life in London, 1821: "Old Wax and Bristles is about three sheets in the wind."


It appears that sailors at that time had a sliding scale of drunkenness; three sheets was the blind drunk stage; tipsy was just 'one sheet in the wind', or 'a sheet in the wind's eye'. An example appears in the novel The Fisher's Daughter, by Catherine Ward, 1824:


"Wolf replenished his glass at the request of Mr. Blust, who, instead of being one sheet in the wind, was likely to get to three before he took his departure."


There was probably some reference to "two sheets in the wind", but I suspect if if a sailor was now breathalyzed at two sheets, he'd be fined for drunk driving!


Robert Louis Stevenson had Long John Silver use a form of the phrase to plead "not guilty" of drunkenness to Captain Smollett. Silver says: "Maybe you think we were all a sheet in the wind's eye. But I'll tell you I was sober..."


A much older and obsolete phrase itself: down to the least particular.


So what is the origin of this phrase?

It is pretty certain that "to a T" did not originate with the drinking of tea, or using a tee in golfing, or wearing a t-shirt.


The one thing that most experts on phrase origins seem to agree on, is that "To a T" involves the letter T -- as in T being the first letter of a word. And the word they seem to agree on is the word "tittle". Really!

What?? Yes, because "tittle" was in use in exactly the same sense - for at least a hundred years before "to a T" appeared.


In 1607, in a play by Francis Beaumont and John Fletcher, called Woman Hater, a characters says, "I'll quote him to a tittle". Meaning he will quote him exactly as he spoke.


One could argue that "to a T" nowadays often refers to how clothes fit as in ... That dress fits you "to a T".


So, if you are still focused on 'T-shirt', a kind of casual "shirt" of American origin (which refers to the shape of the garment in question) you would be wrong. At first sight, this seems to be a rather appealing explanation. However, it is important to remember that t-shirts are a 20th C invention and "to a T" had being used for at least 200 years by then.


'T-square' has been brought up as an alternative, because it is a precise instrument, but there is no evidence that links it to the phrase, according to the experts.


The phrase "to dot one's i's and cross one's t's refers back to this phrase.


So we're back to tittle. And what exactly is a tittle? 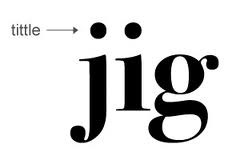 Jot" and "tittle" continued to be used in the 16th century English Bible translations (beginning with William Tyndale in the 1520s). Many still know these terms from the King James (1611) translation -- "Till heaven and earth pass, one jot or one tittle shall in no wise pass from the law, till all be fulfilled."


So, based on this Biblical "tittle," meaning to focus on tiny details, people began to use the expression "to a tittle," and other later variations of it, to refer to something done very precisely (that is 'to the smallest detail'). 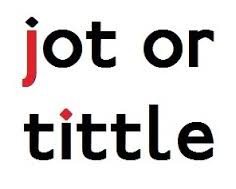 So while there is no absolute proof the circumstantial case, 'to a tittle's' derivation would probably stand up in court as 'beyond a reasonable doubt'.

Take it with a Grain of Salt - To take a statement with 'a grain of salt' or 'a pinch of salt' means to accept that statement, knowing, also, that you must maintain a degree of skepticism about its truth. 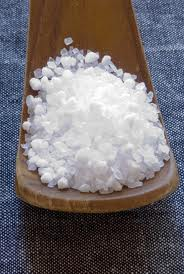 Here are a couple of examples of how it's used:


"Remember to take everything he says with a grain of salt. He doesn't always tell the truth."


"I could tell they took our explanation with a pinch of salt. I was pretty sure they didn't believe us."


In ancient times, salt was a rare and very expensive commodity. And it was thought to have magical powers. It was thrown over the shoulder for good luck, for example, and was also used as a seasoning. Even more interesting, they sprinkled salt on foods that they thought might be poisoned.


If you are interested in food history, it is almost impossible to do it without hearing about Pliny the Elder, repeatedly. Pliny is to the history of food what a favourite spice or herb is to your best culinary creations ... essential.


Pliny’s Naturalis Historia, 77 A.D shows clearly that Pliny believed that salt could be an antidote to poison. Threats of poison were to be taken "with a grain of salt," and for some reason were considered less of a worry! 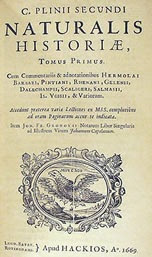 "After the defeat of that mighty monarch, Mithridates, Gnaeus Pompeius found in his private cabinet a recipe for an antidote in his own handwriting; it was to the following effect: Take two dried walnuts, two figs, and twenty leaves of rue; pound them all together, with the addition of a grain of salt; if a person takes this mixture fasting, he will be proof against all poisons for that day."


The Roman general, Pompey (48 BC) believed he could make himself immune to poison by swallowing small amounts of different poisons, and he did this with a grain of salt to help him swallow the poison.It is believed the salt was not the antidote, but was taken merely to assist in swallowing the poison. Clearly, by then, he did not believe the salt would save him from poisoning. 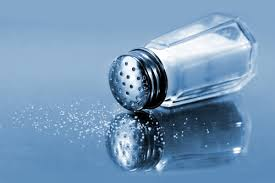