Sunrise over Twin Bays - from my canoe

I spend most summer mornings and evenings paddling around the two bays on either side of our small peninsula and its small island. I take photos of the long vistas, close ups of the critters, the marsh, and anything that catches my eye. In the winter I also paint scenes from memory and a few of the photos. It will be a few weeks before I can get to the cabin. But soon.....


For this blog I am focusing on sunrises I have caught on film and one painting finished this month. 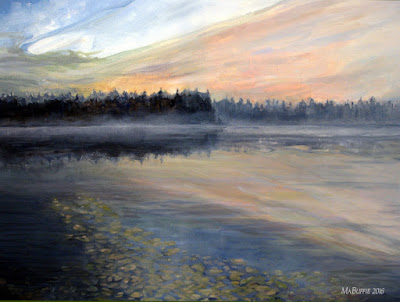 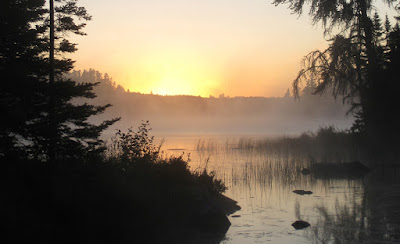 So lovely was the loneliness
Of a wild lake, with black rock bound,
And the tall pines that towered around.
Edgar Allan Poe 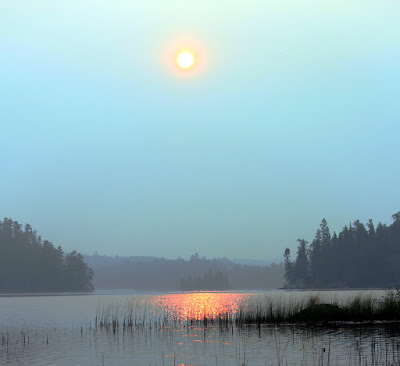 A lake carries you into recesses
of feeling otherwise impenetrable.
William Wordsworth 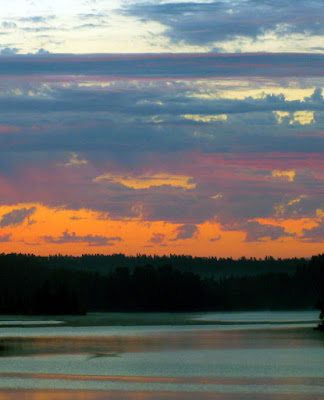 Beneath their silvered film of haze.
Where mists and fogs in ghostly bands,
Vague, dim, clothed in spectral light;
Drift in from far-off haunted lands,
WW Campbell 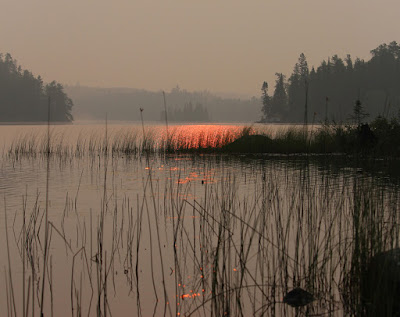 The smoke from distant  forests created startling contrasts
over the lake; changing the colours of misted blue to gray, black
and shock orange - as if a fireball had dropped onto the water.
Margaret Buffie 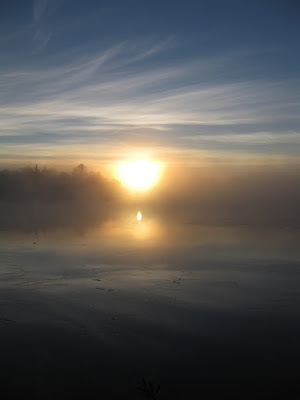 A lake is the landscape’s most beautiful and expressive feature.
It is earth’s eye; looking into which the
beholder measures the depth of his own nature.
Henry David Thoreau 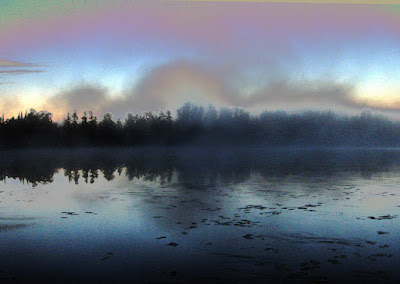 Blue, limpid, mighty, restless lakes...
...Low rimmed in woods and mists, where wakes,
Through murk and moon, the marsh bird’s cry.
Where ever on, through drive and drift...
WW Campbell 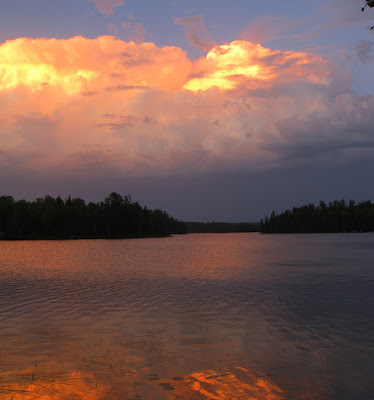 Where fires of dawn responsive rise,
In answer to your mystic speech.
Past lonely haunts of gull and loon,
Past solitude of land-locked bays,
WW Campbell 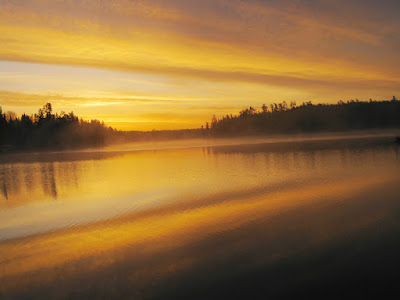 So dawn goes down to day. Nothing gold can stay.”
Robert Frost 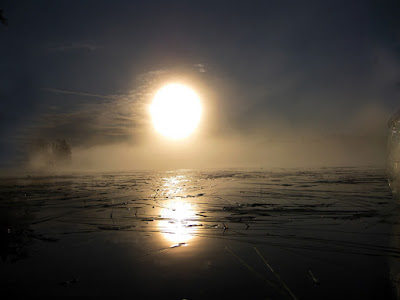 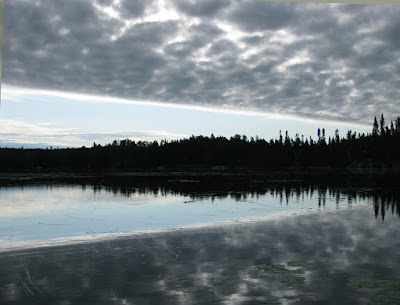 I've looked at clouds from both sides now
from up and down and still somehow
It's clouds illusions I recall....
Joni Mitchell 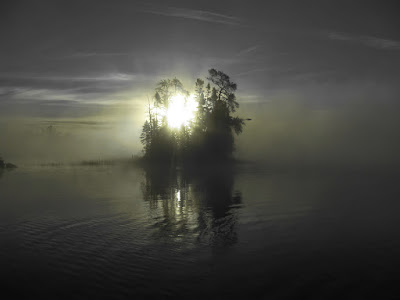 The sound of colors is so definite that it would be hard
to find anyone who would express yellow with base notes
or dark lake with treble.
Wassily Kandinsky 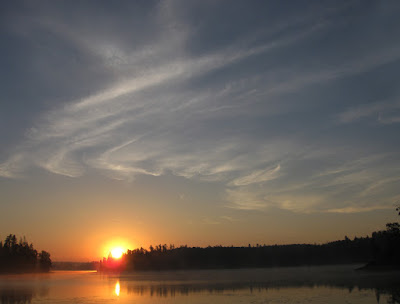 At sunrise everything is luminous but not clear.
Norman Maclean 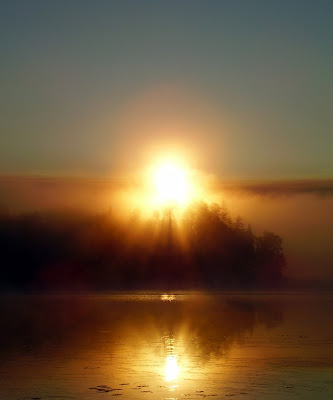