Quote of the week... 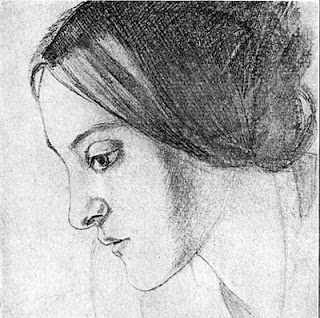 "In the Bleak Midwinter" is a Christmas poem by the one of my favourite poets, English poet Christina Rossetti c. 1872. Many of us know her poem "Remember."

"In the Bleak Midwinter" was published about ten years after she died. It was set to music many times, but the most famous works were by Gustav Holst and Harold E. Darke.

This first verse (above) always reminds me very strongly of a prairie winter when the black earth is frozen to its very core.


The photo below would be a typical view of the farm houses my character Beatrice Alexander in "Winter Shadows" passed by every day on her way to teach at Miss Cameron's School for Girls - faithful Tupper pulling her along the snowy river road in her carriole. However, in Beatrice's case she also sees a ghost on the road as well! 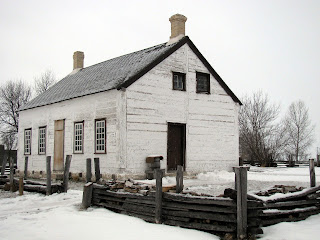 This farm house (taken at Lower Fort Garry) is a typical Red River farmhouse of the Red River settlement, made with squared logs that were then whitewashed.