Imagination is crazy, your whole perspective gets hazy.... 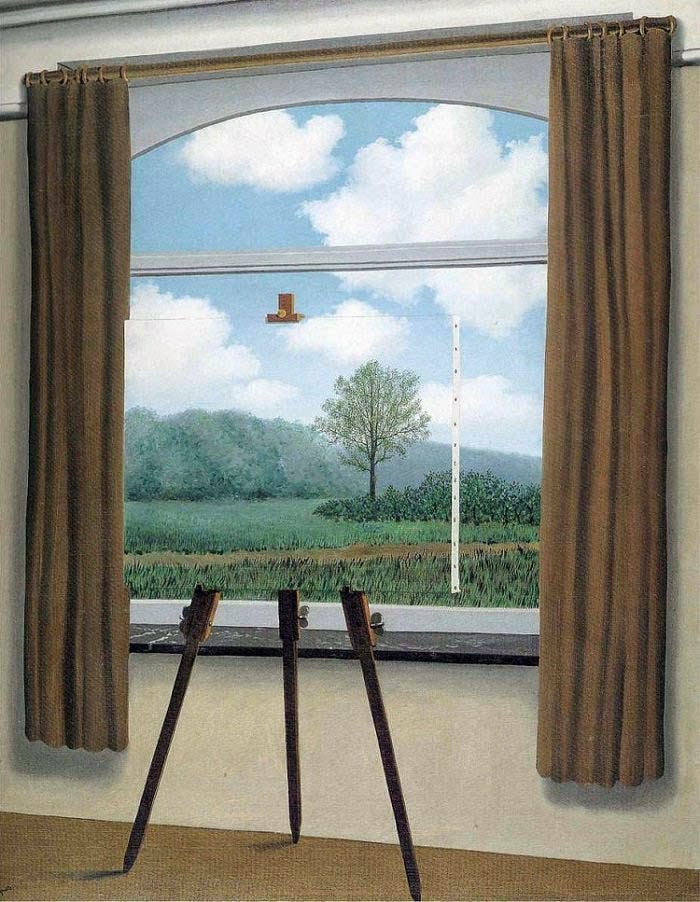 im·ag·i·na·tion
iˌmajəˈnāSH(ə)n/
noun
- the faculty or action of forming new ideas, or images or concepts of external objects not present to the senses.

- the part of the mind that imagines things.

- the ability of the mind to be creative or resourceful.

Writings and art that can enlighten us about Imagination:

You can't depend on your eyes when your imagination is out of focus.
Mark Twain 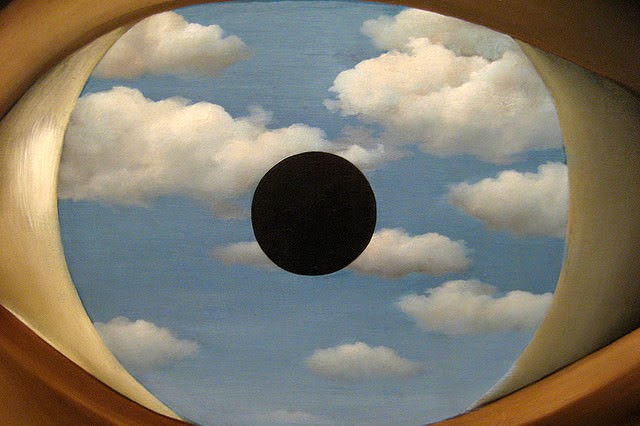 Note from me: Creative people often use their knowledge to recreate, reinvent, and envision new things using that knowledge and then imagination takes it to visions unknown. .... or as one person said, (and probably better!) ....

He who has imagination without learning has wings but no feet.
-Joseph Joubert

Here is an example of one artist using knowledge to create an amazing imaginative image. Notice there is no concrete support for this dam. If you take one book out what happens? Does it represent the flood of knowledge and the teaching of wondrous imaginings that books give us? Is it a religious statement? It doesn't matter. What you see in it is all that matters. No rules here! 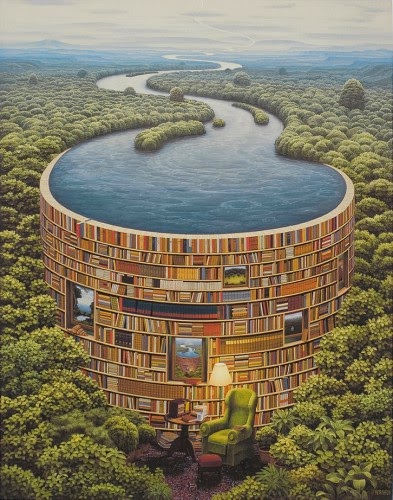 
There are no rules of architecture for a castle in the clouds.
- G. K. Chesterton 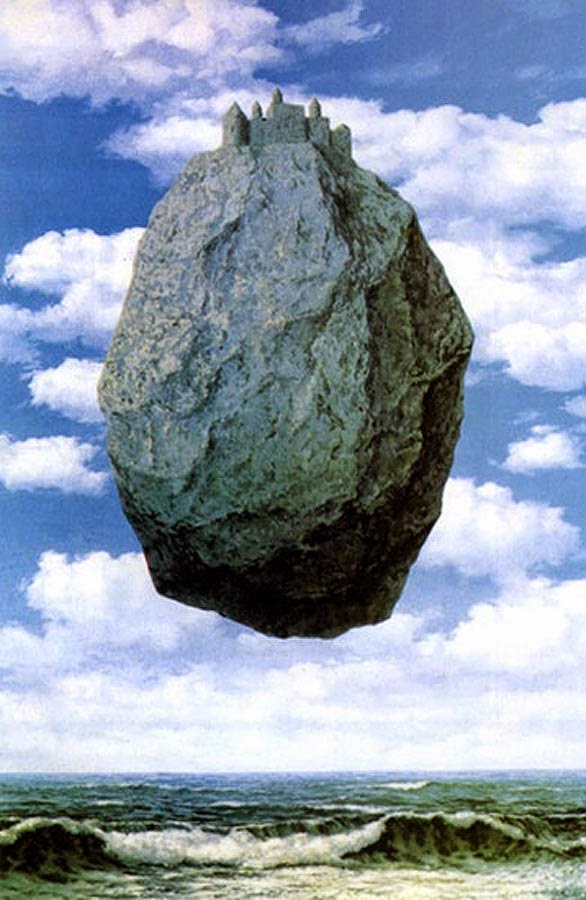 Without imagination a man is but a poor creature. His life is like a night without a moon to gild it. Christian Nestell Bovee 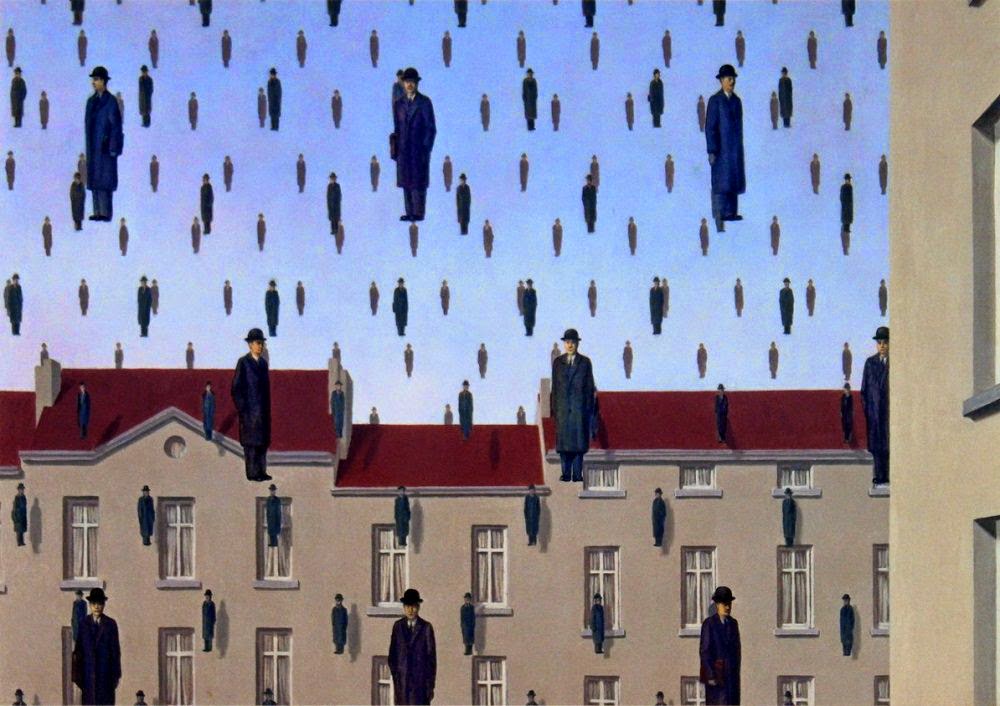 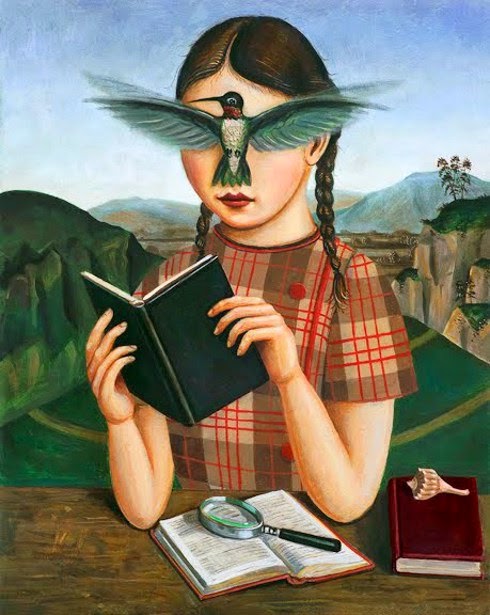 The imagination, give it the least license, dives deeper and soars higher than Nature goes.
- Henry David Thoreau 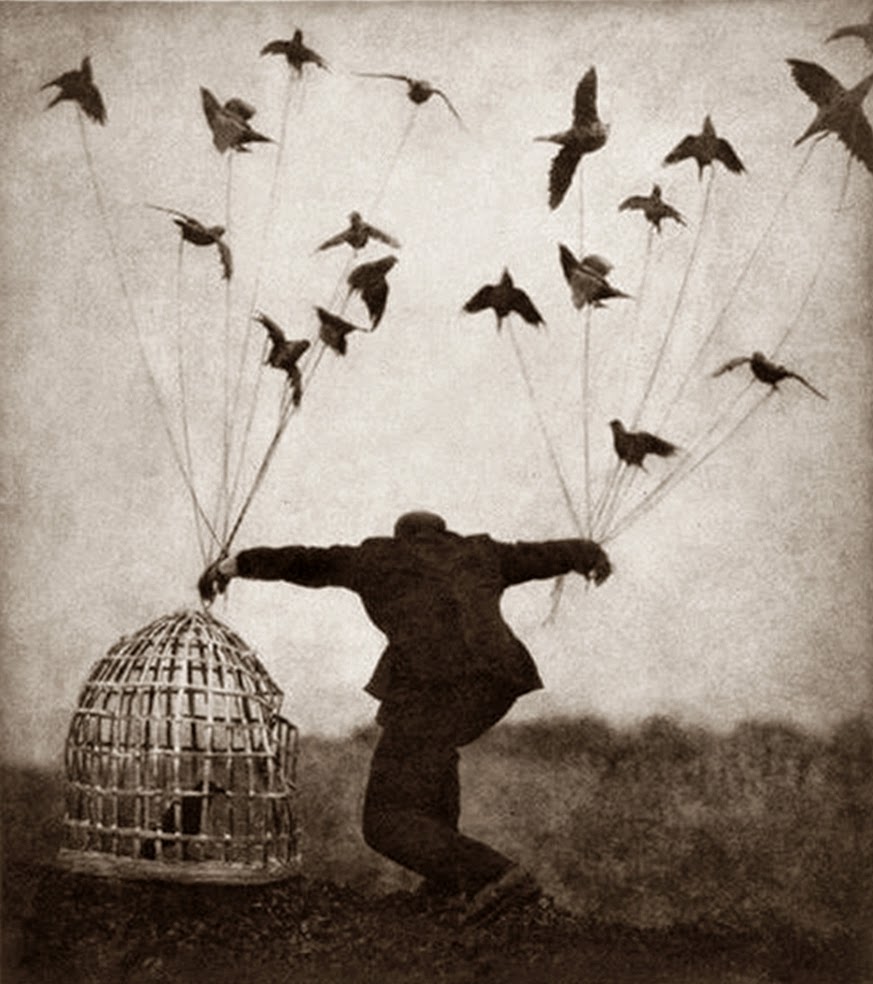 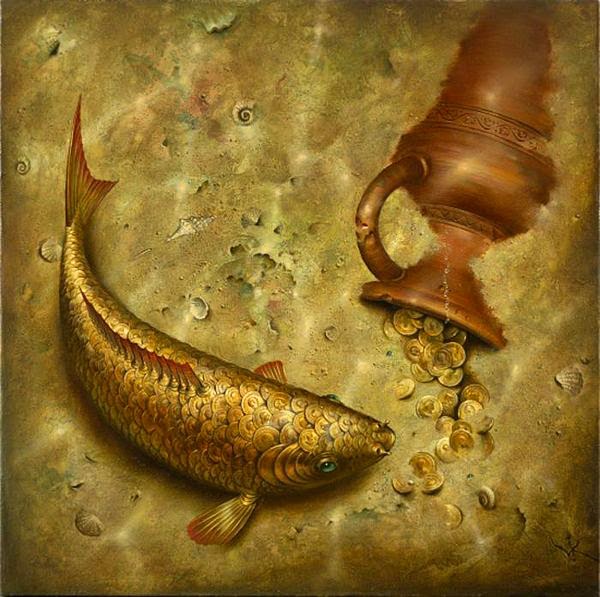 What the Fish Was Silent About, Vladimir Kush 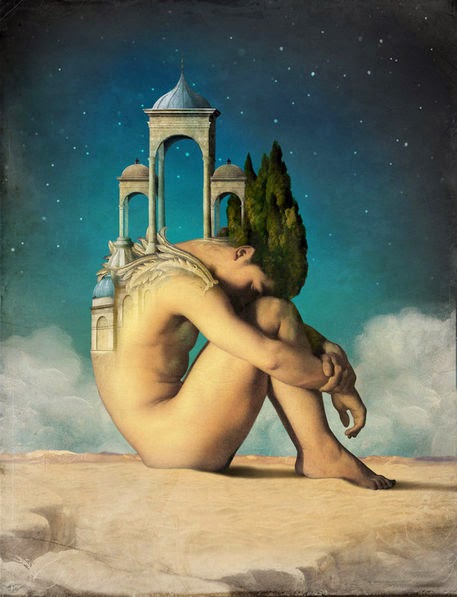 Indulge your imagination in every possible flight. Jane Austen 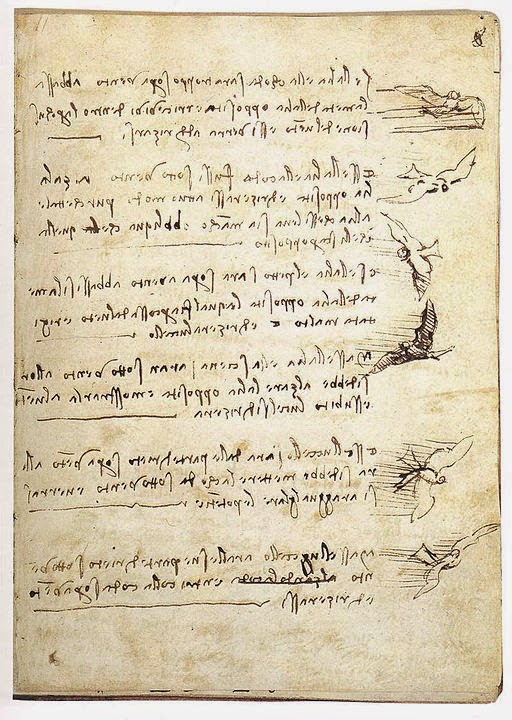 Sketches of birds in flight, Leonardo Da Vinci
(In order to imagine a flying machine)

Imagination will often carry us to worlds that never were. But without it we go nowhere.
-Carl Sagan 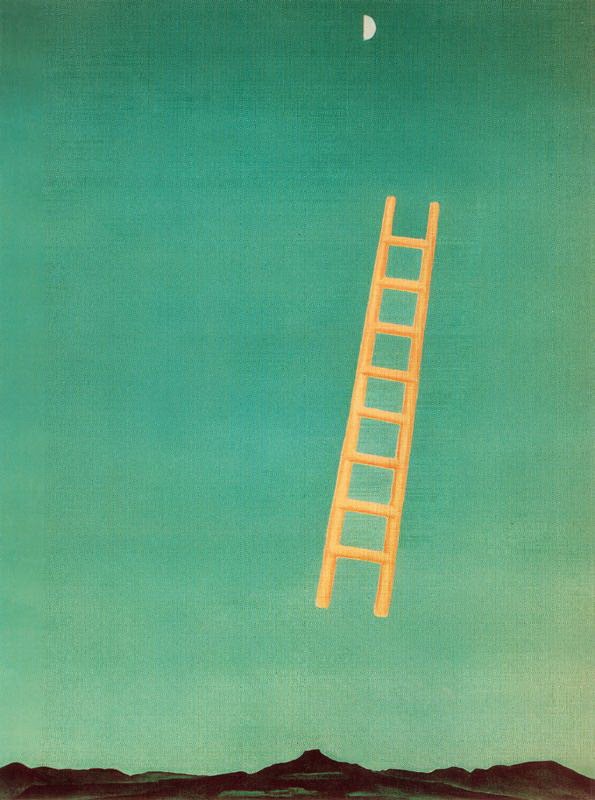 Ladder to the Moon, Georgia O'Keefe

All that we are is the result of what we have thought. The mind is everything. What we think we become. Buddha 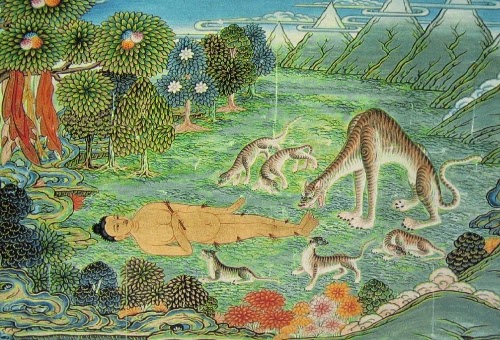 The birth of Shakyamuni Artist Unknown

Those of my pictures that show very familiar objects, an apple, for example, pose questions. We no longer understand when we look at an apple; its mysterious quality has thus been evoked.
-Rene Magritte: 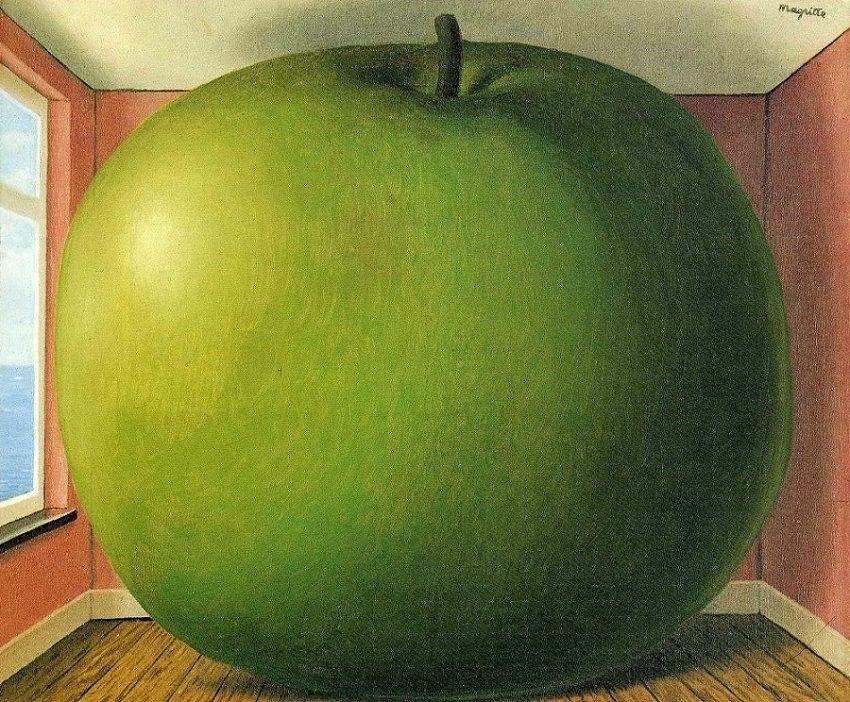 And finally two of my favourite writers and one of my all time favourite illustrators!

Sometimes I've believed as many as six impossible things before breakfast.
- Lewis Carroll 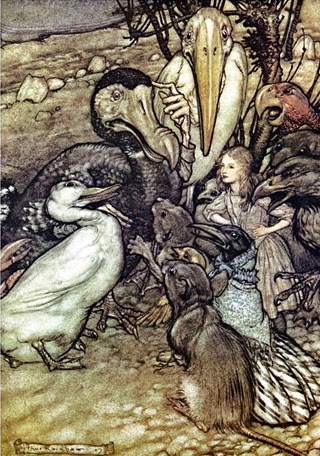 "But who has won?" Arthur Rackman
Alice in Wonderland  1907

I like nonsense, it wakes up the brain cells. Fantasy is a necessary ingredient in living, it's a way of looking at life through the wrong end of a telescope. Which is what I do, and that enables you to laugh at life's realities.
- Theodore Geisel (Doctor Seuss)