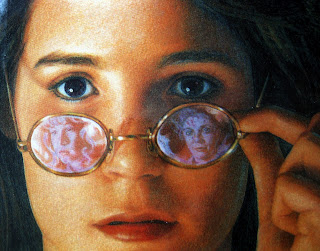 Great post! I love how you have to 'whisper' comments so your characters won't get upset! They do seem to have a mind of their own, sometimes, don't they? Often I have no idea where my character is going or what they are going to do until I get to the keyboard. :)

It's funny, but just writing this has turned around a big section of my new manuscript. Sometimes really thinking about character helps! (But don't tell them!
:-D)

This book was written the year I was born. I'm not even sure how, or when I got it, but I found it while reorganizing my bookshelf (pregnant and nesting like crazy) a few hours ago and decided to read it. I absolutely loved it. It reminded me of my summers in New Hampshire, and I laughed and cried, it was simple and to the point and just written wonderfully. So I goggled you and here I am, thanking you for helping me pass a couple of hours with a lovely book. you are the first author I've ever formally thanked and I am an avid reader:) I think I may do it more often.

Thanks, Elsajoy so much. I'm very happy that you liked it and that it brought back fond memories for you. What more can an author hope for? It means a lot to writers to hear that someone really enjoyed one of their novels and especially when they add that they thought it was "wonderfully written". :-) I am happy you reorganized your bookshelves! I wish all things good for you and your wee baby. Thanks again.