A Grand Denouement Can Be Delicious.... 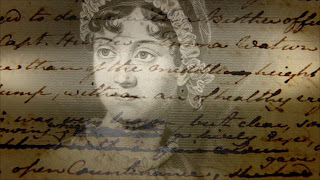 A Grand denouement can be delicious…
The word denouement is from the old French desnouer (“to unknot”) and from the Latin nodus (“a knot”). To untie a knot.

What a perfect way of putting it.

Officially, in a narrative, it is the event or events following the climax; the resolution or clarification of the plot. 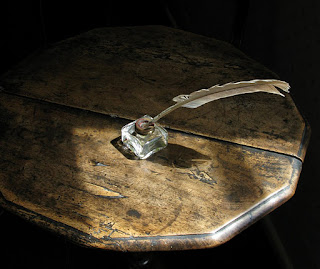 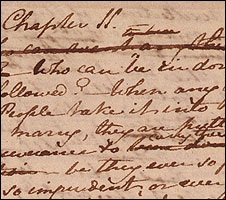 To my way of thinking, (arguably) the denouement occurs at the very moment that the knot is untied; when the uncertainties set up in a story become more certain. It is the moment when the reader realizes that the path to the final scenes have been laid and the outcome will be played out for out for their delectation.

My favorite denouement is “The” scene in Jane Austen’s novel, Persuasion. It is absolutely the most "delicious "denouement of all time, (in my opinion) and the most romantic, exciting, and stunning untying of the knot in any narrative, and one I reread just on its own now and again.

It occurs after Captain Wentworth realizes he is finally free to follow Anne Elliot to Bath. When he first arrives, he is certain that he has lost Anne to the grasping Mr. Elliot. But something she says to Captain Harville - a moving treatise on constancy…. 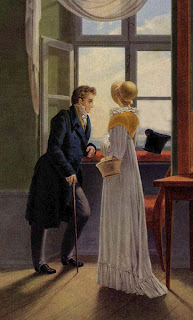 “All the privilege I claim for my own sex {it is not a very enviable one; you need not covet it, is that of loving longest, when existence or when hope is gone.” ….makes Captain Wentworth (Frederick to me….) decide to take a risk and lay out his heart to Anne Elliot for the second time in their relationship - by sliding a note expressing his continued and undying love onto the table where she is sitting - before he takes his leave.

“He begged their pardon, but he had forgotten his gloves, and instantly crossing the room to the writing table, he drew out a letter from under the scattered paper, placed it before Anne with eyes of glowing entreaty fixed on her for a time, and hastily collecting his gloves, was again out of the room…” 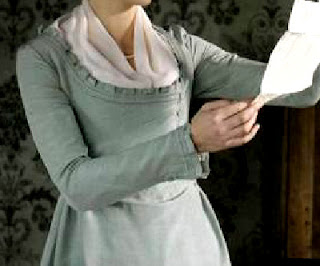 “I can listen no longer in silence. I must speak to you by such means as are within my reach. You pierce my soul. I am half agony, half hope. Tell me not that I am too late, that such precious feelings are gone for ever. I offer myself to you again with a heart even more your own than when you almost broke it, eight years and a half ago. Dare not say that man forgets sooner than woman, that his love has an earlier death. I have loved none but you. Unjust I may have been, weak and resentful I have been, but never inconstant. You alone have brought me to Bath. For you alone, I think and plan. Have you not seen this? Can you fail to have understood my wishes? I had not waited even these ten days, could I have read your feelings, as I think you must have penetrated mine. I can hardly write. I am every instant hearing something which overpowers me. You sink your voice, but I can distinguish the tones of that voice when they would be lost on others. Too good, too excellent creature! You do us justice, indeed. You do believe that there is true attachment and constancy among men. Believe it to be most fervent, most undeviating, in F. W.


'I must go, uncertain of my fate; but I shall return hither, or follow your party, as soon as possible. A word, a look, will be enough to decide whether I enter your father's house this evening or never."
I have never been a fan of the word delicious used other than for gastronomic delights, but aah, the delicious wonder of that moment!

I agree! I have to admit, that's the only Jane Austen novel I've read. And I loved it! All the others are on my To Read list.

Oh, lucky you, Deniz! Something wonderful to look forward to. Everytime I introduced my daughter to a favourite writer of mine, I would wish I could start all over again - and I'd think how lucky she was to have such wonders waitng for her. I think this is why I reread many books again and again....even now when I find a new one I love - it goes in the re-read line-up!

I agree - rereading is a pleasure unto itself :-)